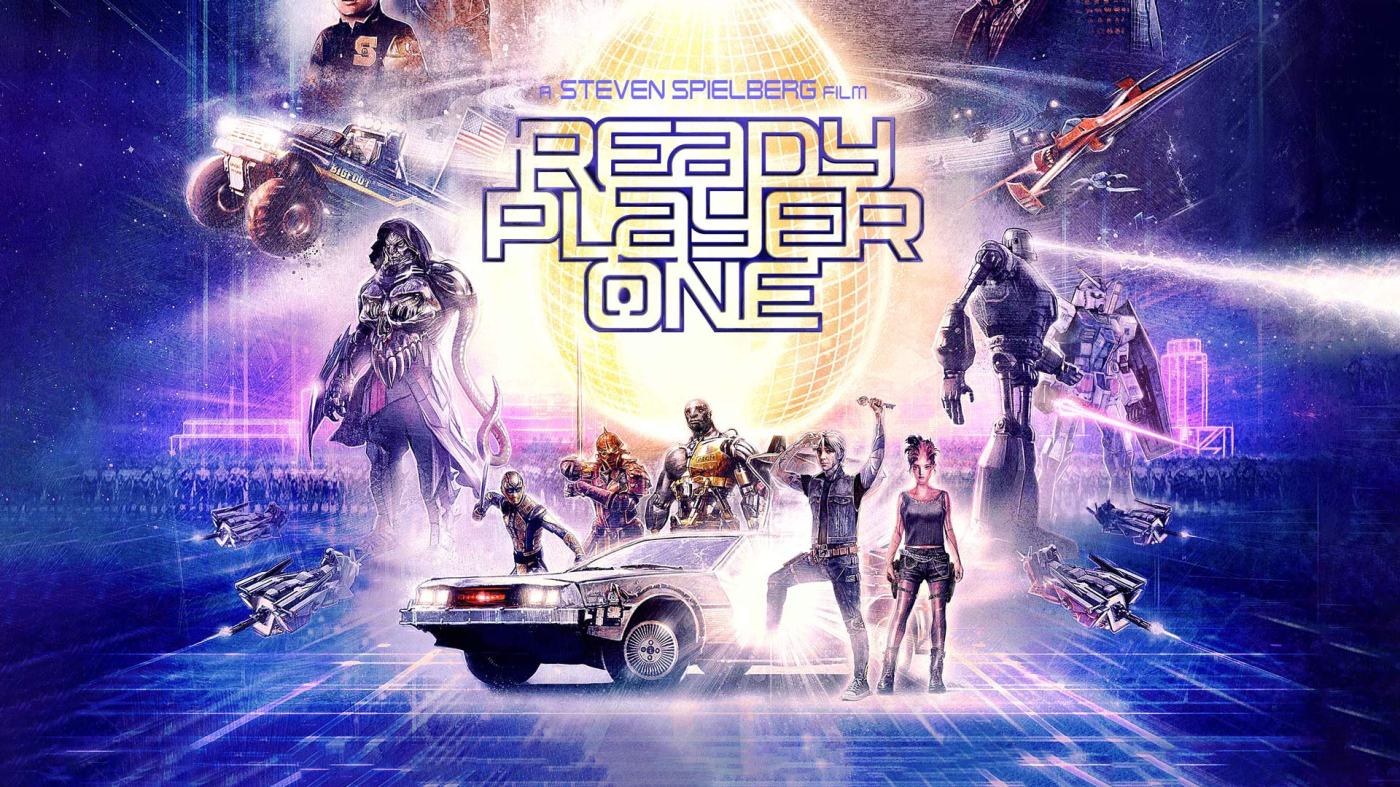 I felt like I didn’t want to waste my time watching ‘Ready Player One’ because I already read the book, and from what I saw in the advertisements and the trailer, it looked like it was going to suck. I watched it, though, because I had nothing to do on Easter Monday. I also wanted to keep writing after posting LIVING THE LIFE II.

‘Ready Player One’ takes place in Columbus, 2045. Reality is a mess and everyone spends their days in a virtual reality world called ‘The OASIS’. The creator of The OASIS, who is looked up to as a God in the real world, died, and before he died, he designed a challenge inside the game where the winner gets to own The OASIS and all of it’s real world stock. Essentially, the winner would be the richest and most powerful person in the both worlds. Wade Watts, a young man from ‘the Stacks’ figures out the first clue which starts a race, and a war, between Wade and his friends, and the IOI, an agency that it trying to take over The OASIS to doom it.

I went into the movie trying to keep an open mind and not think about the fact that I read the book. I didn’t do a good job of doing that but to be honest, ‘Ready Player One’ was better than I thought it would be. It didn’t let me down, and as far as following the book went, they did an okay job. It wasn’t very accurate but they didn’t completly ruin the book either.

‘Ready Player One’ was fun to watch because of how many pop cultrue references there were. Just like the book, there were refernces from historic, ancient arcade games, modern games, classic movies, and music. The characters in The OASIS can dress their avatars up however they like and there were Master Cheif costumes, Over Watch costumes, and so much more I knew were from somewhere else, but wasn’t sure where.

I thought the visuals for ‘Ready Player One’ were extrememly well done; There were so many scenes where I was thinking ‘whoa’. The thing is that a lot of it took place in The OASIS where it’s all CGI, so doing creative camera effects probably isn’t that spectacular. It was great, nonetheless, and I’d say the visuals were the best part of the movie. The choice of actors and actresses in ‘Ready Player One’ were mostly unknown to me and based on the book, I wouldn’t expect them to cast big name stars, but the acting in the movie wasn’t that good; there were some parts where it didn’t seem natural, like they were trying too hard. I’d say the acting was the worst part of the film. The writing and directing are inbetween, where the directing would be closer to being the best part, and the writing would be closer to the worst part.

I read ‘Ready Player One’ 3 years ago so I forgot what I was imagning as I read it but I don’t think it was anything like the world they created in the movie. That’s not a bad thing, either. I’m glad I was able to see this book come to life in the movie and not be horrible. ‘Ready Player One’ is about friendship, love, fighting for what’s right, and standing up to what’s wrong. It’s about challenging yourself to take leaps, and trust that you’ll find the way. It taught viewers that things aren’t always what they seem to be, you have to think outside the box to find answers, and that no matter how much fun games are or how real they feel, ‘reality is the only thing that’s real.’

‘Ready Player One’ stars Tye Sheridan, Olivia Cooke, Ben Mendelsohn, Lena Waithe, T.J Miller, and Mark Rylance. It is directed by the legendary Steven Speilberg. I would rate it a 6.8/10. It was an average movie, but it was fun to watch, and I would watch it again.